Nina chats with Doug Casper, the tour manager of Fleetwood Mac, Lenny Kravitz and Chris Isaak as well as Tim Lamb, who worked as the production manager on the Bob Seger Tour. They talk about the reality of the life of a roadie and offer a peek behind the glamour of the job as well as the best parts of being on the road with the bands. They also share how they first became roadies and eventually worked their way up to becoming tour managers. Tim and Doug also chat about the upcoming film “Roadie” by Michael Cuesta, Executive Producer of “Homeland“. 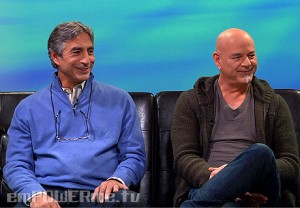