All about Woman Power!

LifeBites this week is all about the women as we ask the question, “WHAT EMPOWERS YOU?” What does a TRUE New York woman need when she moves out to Los Angeles and becomes part of the Hollywood elite? “THE ART OF SOCIAL WAR”! Don’t miss this week’s episode of LifeBites LIVE when author Jodi Wing navigates us through the jungle called “Hollywood”.Suzanne Whang shares her story of being a three time cancer survivor and THRIVER! As an actor, stand-up comedian, emcee, keynote speaker, political activist and author, she has also been TV host of “House Hunters”, the #1 rated show on HGTV (Home & Garden Television Network), for almost ten years. Suzanne also co-hosted live coverage of the Academy Awards for Oscar.com. She had a great time as Dick Clark’s co-host on TV’s “Censored Bloopers” for NBC while concurrently co-hosting “New Attitudes” on Lifetime Television.

You don’t want to miss these TWO AMAZING WOMEN! EMPOWERMENT at its BEST! 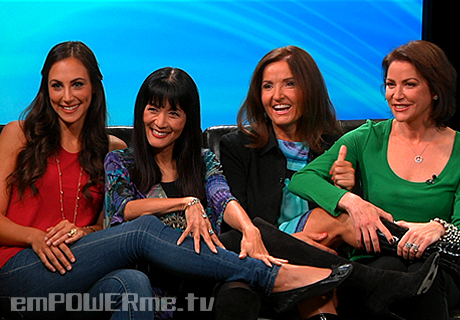 Jackie tackles the tough – and for many -  very personal subject of cancer this week. With 35% of all cancers being nutrition-related, Jackie discusses how cancers are linked to nutrition and why and what you can do...

Make-Up Artist Pal Teleg on Tailor Made with Brian Rodda

Make-Up Artist Pal Teleg Most of us have yet to master the smokey eye. Tal Peleg, on the other hand, is creating museum-worthy masterpieces on teeny-tiny eyelids. The Israeli makeup artist is bringing eye makeup...

NYC Christmas Windows One holiday window trend that seems to get bigger every year: interactive displays. Many department stores had at least one interactive element in their windows, including Macy's, Lord & Taylo...