On The Weekly Comet’s upcoming season premiere on the 19th, Tamara and Jonathan will sit down with musician Sixto Rodriguez and director Malik Bendjelloul to talk about the upcoming documentary “Searching for Sugar Man”. Rodriguez’s story is truly inspirational. In the 1970s, he recorded two albums but did not have many sales in America. He settled down in Detroit and worked as a construction worker. However, unbeknownst to Rodriguez his album gained popularity internationally and went platinum in South Africa and became an anthem of resistance in the Apartheid-era. Searching for Sugar Man chronicles the journey of two fans to find out what had happened to Rodriguez, who was rumored to have committed suicide. The film will be released in the United States on July 27, 2012. http://www.sonyclassics.com/searchingforsugarman/ 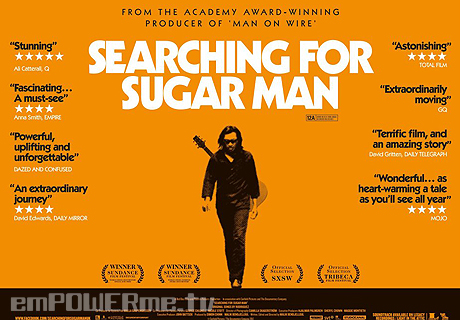