Performance with Rodriguez of “Searching for Sugar Man”

Sixto Rodriguez’ story is truly inspirational. A native of Detroit, in the 1970s he recorded two albums which went largely unnoticed in the U.S. He hung up his guitar and went to work in construction for 30 years. However, unbeknownst to Rodriguez his albums gained popularity internationally, going platinum in South Africa and becoming the anthem of resistance in the Apartheid-era. Director Malik Bendjelloul’s “Searching for Sugar Man” chronicles the journey of two fans on a mission to find out what had happened to Rodriguez, who was rumored to have committed suicide. Rodriguez performs his version of “I Only Have Eyes For You.” 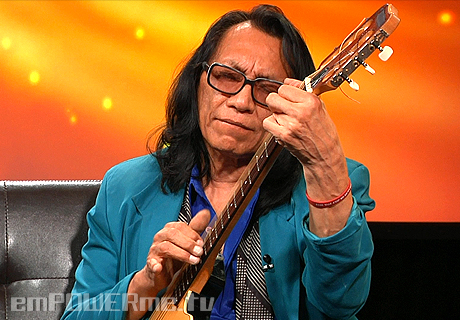