Added by StyleSecrets on September 8, 2012

This week Keira Knightley is red hot on the red carpet. Her highly anticipated film Anna Karenina co-starring Jude Law comes out this weekend. Knightley is seen in a beautiful gown by costume designer Jacqueline Dunn. Keira once again teams up with Joe Wright who also directed her in Atonement and Pride and Prejudice. Other films, such as her role in Pirates of the Carribean where she worked alongside co-stars Johnny Depp and Orlando Bloom, proves Knightley to be no stranger to the costume design realm. Although she’s a costume veteran on film, some of her most memorable red carpet moments include designs from the who’s who in fashion by noted designers Valentino, Chanel, Vera Wang, and Matthew Williamson. Her most recent appearance at the London premier of Anna Karenina shows her in a soft look by Chanel that we think captures her whimsical style and timeless beauty. Remember, red carpet looks aren’t only for runway and glamour is a state of mind–whether you’re out on the town or at your favorite local spot, you too can embody style secrets from our favorite starlets. 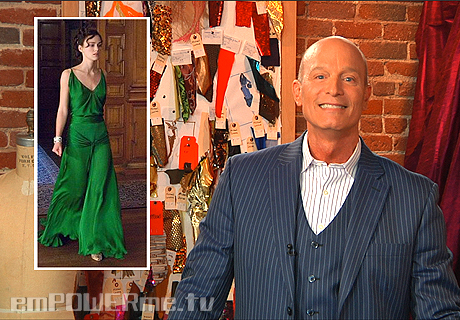 Pirates of the Caribbean: At World’s End Composer Lili Haydn On Q Score!

This week on Q score Jonathan McHugh sits down with renaissance woman Lili Haydn, who's done it all. You name it: from virtuoso rock violinist to vocalist and acting, film composer Lili Haydn (who fittingly also share...