This week’s Red Hot on the Red Carpet pays homage to menswear as seen on Hollywood’s leading arm candy. Red-carpet newbie Joseph Gordon-Levitt rocked the carpet recently at Toronto International Film Festival for the premiere of his new film Looper.

These guys are no match however, for style star Ryan Gosling of Crazy Stupid Love and Gangster Squad fame, who’s always a fashion hit in clean tailored looks that pop, like the blue Ferragamo ensemble from last year’s Cannes Film Festival featured in this week’s edition. Gosling goes head to head with style veteran George Clooney of Up in the Air, a man who’s no stranger to the best-dressed lists. 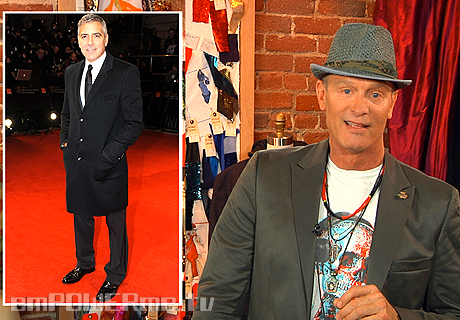