Music supervisors Julia Michels and Julianne Jordan sit on the Comet Couch to talk about the upcoming film “Pitch Perfect”, which will be released October 5.

Julia Michels is an independent music supervisor who has been in the business over 20 years. Her credits include “Alvin & The Chipmunks: Chipwrecked”, “Sex & The City (1&2)”, “The Blind Side”, “A Single Man”, “Marley and Me”, “August Rush” and “The Devil Wears Prada.”

Julianne Jordan started her career with a bang when director Doug Liman brought her in to do a little independent film called “Swingers”. She has since worked with Liman on all the films he directed, including “Go”, “The Bourne Identity”, “Mr. & Mrs. Smith” and “Fair Game”. Her other credits include “The Italian Job”, “Valentine’s Day” and “New Year’s Eve.” 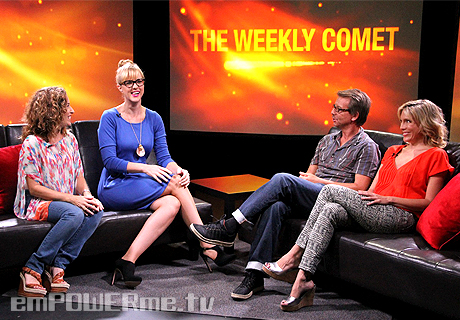