Today on Tailor Made with Brian Rodda we talk See-thru dresses, Chanel Menswear at the Metiers D’art, Ralph Lauren’s Cabin in Colorado and Gifts for the Fitness Fanatic!

Knees were the best accessory this week, as celebrities played peekaboo in see-through hemlines: Amy Adams attends the Los Angeles premiere of “American Hustle” in a striped David Koma design. At the premiere of her film “The Invisible Woman,” shocking pink pumps add a pop of color to Felicity Jones’ Dior ensemble. Sandra Bullock tries a floral version of the sheer trend, wearing flouncy Carolina Herrera to the Tokyo premiere of “Gravity.”

At the Metiers D’art in Dalls, everywhere there was fringing, feathers, beadwork & remarkable fabrics treatments, all with the look of the Southwest and craft of Chanel’s specialty ateliers, that the fringing on the sleeves of a romantic blouse was finely sliced, paper-weight leather, and that the single feather in each model’s hair was patterned from pieces put together in meticulous collage.

This year marks the 30th anniversary of Lauren’s pioneering home collection, a line whose impact and influence have been monumental. Customers can now buy Ralph Lauren bedding, furniture, lighting, rugs, china and glassware, wall coverings, and paint in a wide variety of looks with evocative names such as Thoroughbred, Modern Penthouse, Jamaica, and, new this fall, Apartment No. One. Blue Pony, one of five guest cabins at Lauren’s Double RL Ranch in Colorado, was built using century-old hand-hewn logs from Montana. Overlooking the cabin’s living room is a chandelier made with naturally shed elk antlers; beside the hearth, a woven-twig rocking chair is draped with a vintage Capps Indian-trade blanket, and an antique New Mexico pine table stands atop an early-20th-century Navajo rug. The living room of the ranch’s main residence, constructed using local pine logs, is appointed with late-19th-and early-20th-century Indian rugs. An antique pine table from New Mexico and a turn-of-the-century pine farm bench stand on a circa-1890 Navajo rug. A remnant of an original chief’s tepee hangs over the Victorian cast-iron bed, which is topped with antique bedding and Ralph Lauren Home shams; the chandelier is also Victorian. The interior of the Chief’s Tepee is ornamented with Edward S. Curtis photographs and a circa-1900 parade flag; the industrial-cart table is from the same period. The decoration on the Chief’s Tepee exterior is based on Indian ledger drawings.

Great gift ideas for the fitness fanatic in your life are: Nike, which just released a new version of its popular FuelBand, knows the tracker is no longer just a simple tool for measuring activity. Nike FuelBand in Rose Gold, $169; nike.com. The Contigo Water Bottle his genius little contraption holds your gym ID, keys, and some cash on the side of a BPA-free, leak-proof water bottle. Sweaty Betty, one of our favorite UK workout-wear brands, just opened its first US boutique in NYC. Trying to fit a yoga towel for hot yoga classes into an already crowded gym bag is a big hassle. This brilliant combination mat/towel provides cushioning and is covered with microfiber, which means no slipping, plus it absorbs sweat. You can toss it in the washing machine to clean it. Banyan & Bo Ultra-Dri Hot Yoga Mat, $39.98; gaiam.com The humble fitness exercise band still wins for most versatile, travel-friendly fitness equipment ever. This set of three different types give you unlimited exercise options. C9 Flat Resistance Band Set, $10.49; target.com 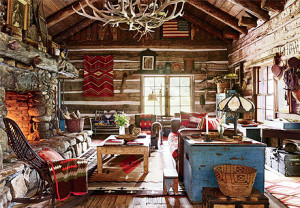