Behind “Sunset Strip: The Movie” and Performance by Laura Warshauer

The Weekly Comet host Tamara Conniff welcomes filmmaker Hans Fjellestad, who, in his new movie, takes us behind the scenes into the most iconic street in rock n roll history, “The Sunset Strip.” Plus, singer & songwriter Laura Warshauer takes the stage and KCRQ DJ Jason Kramer presents his Pick of the Week.

Hans Fjellestad talks about his new documentary “Sunset Strip: The Movie,” which gives the history of the iconic 1.5 mile piece of Hollywood from its beginnings as a dirt road, to the glamour of the 1920s, and the party days of the 1980s and 90s. Hugh Hefner, Peter Fonda, Slash, Tommy Lee, Mickey Rouke, among others give featured interviews. For more info on the film go to www.sunsetstripthemovie.com.

KCRW DJ Jason Kramer’s Pick of the Week is The White Arrows. In fact, Jason is so excited about this one, founder and lead singer Mickey Church makes a surprise guest appearance and talks about the band’s new music and what it was like being born legally blind. Plus Jason gives us the scoop on Dan Deacon’s new album “America” out on Domino Records and Renne Yohe’s new project Bearcat.

Singer and songwriter Laura Warshauer takes the stage with her band to perform two songs: “Who I Am” and “Dream Sequence (I Want To Make Things Right).” She talks about performing at this year’s Lollapalooza, working with PJ Bianco on her new album, and what it’s like to be a bad ass Jersey Girl. For more info on Laura click here. 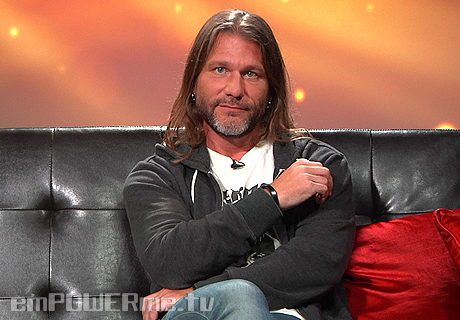 Legend of Korra, Indie Band “No” and the Tadasana Festival