Canto is a family affair – the band consists of three brothers all under the age of 20: Seamus Blackwell (vocals, guitar), Aidan Blackwell (bass) and David Blackwell (drums). The brothers, three of nine, come from a family that has always been heavily involved in music.

Canto’s music is heavily influenced by the rock music of the 1960s and 70s. The band recently released their debut album, “HA HA HA.” Their video of “Farewell Well Well” is in recurrent play on both MTVU and MTV2. In addition, Canto has been accepted to the MTV Networks’ Priority license Program which allows 10 independent artists priority licensing, placement and promotional opportunities on MTV, VHI, Spike, Nickelodeon, Teen Nick, Comedy Central TV. Two Door Cinema Club, Mumford and Sons and Phoenix had been a part of the program in previous years. 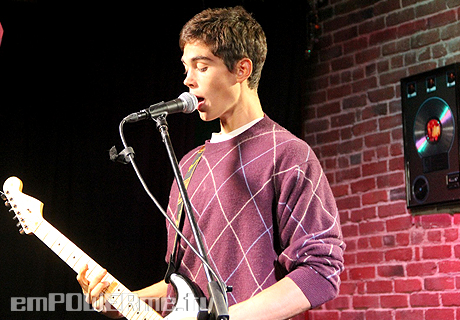