Carl Lagerfeld Runway on Tailor Made with Brian Rodda 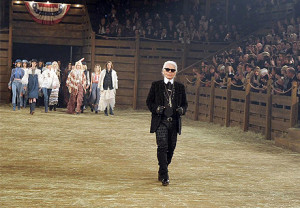