Well, if you’re looking for inspiration for your ski outfits, we’ve got ‘em. With the holiday vacation season just on the horizon, the larger task as to what to pack remains unsolved. Those heading out on a ski trip, forget about just taking a snowsuit and a pair of all-weather boots. Here, we present 3 looks from Vogue for distinctly different destinations:

No snowy vacation is complete without a great aprés-ski wardrobe. For drinks by the fire in Colorado, opt for a cozy winter-white pairing.

If you’re a zealous snowboarder, you’re probably heading to Whistler. Highlight your sporty side with fun and utilitarian accessories.

Connect with nature in Jackson Hole, Wyoming; bundle up in heavy textures while taking in the pastoral view.

Perhaps you can find a good deal on all of your ski gear at Costco!

The Wholesale GIANT has has Prada leather handbags, blinged-out Chanel watches, celebrity hairstylist Serge Normant shampoo and and more. Who knew Costco carried all this designer swag along with affordable bulk goods?

If you don’t believe us, check out these 5 unexpected finds:

The Color Purple Make Up

Well, after you’ve trimmed a few hairs and put on all of that great Sisley Moisturizer from Costco, you might want to check out the Color Purple?!

We’d been digging the fuchsia-purple hue, officially known as Radiant Orchid, long before it was announced as Pantone’s color of 2014. Taking a cue from celebrities like: Lupita Nyongo, Scarlett Johannson, Selena Gomez 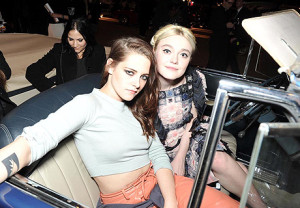