This week’s Secrets of the Red Carpet shines the spotlight on actress and activist Claudia Christian, who rose to fame in guest spots on television shows like Dallas before she became a household name in her own right on the cult classic Babylon 5. The brunette beauty also talks about her new memoir, Babylon Confidential: A Memoir of Love, Sex and Addition, where she details her experiences as an actress and starlet and what it’s like to work alongside Hollywood’s elite such as George Clooney, Charlie Sheen, Rob Lowe, Faye Dunaway, and Tim Curry, just to name a few.

Claudia also discusses growing up acting as Barbie for her fashionista mother, who worked for big names like Giorgio Armani and Saks Fifth Avenue. The Hidden  star made the seamless transition to donning period costumes in Haunting of Hell House and Highlander and the infamous butt-less dress like the one she sported in The Hidden. Claudia also dishes on how she managed to dupe a few of Hollywood’s producers for a coveted role that she’s well known for today.

Don’t miss Claudia’s tips on how to get your Hollywood start. The seasoned actress knows a thing or two about getting in the game early, landing her first acting gig at only 17. She boldly dismisses the idea of studying acting in college and encourages wannabe actors to take the plunge, make a risk, and get an agent. 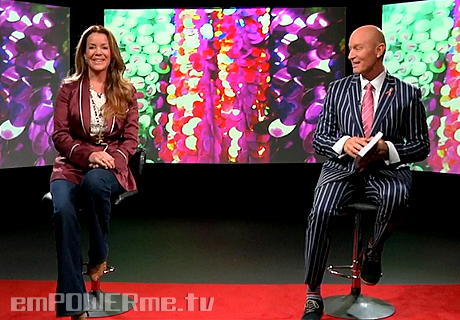