In the news: Goyte’s “Somebody That I Used To Know” holds at No 1, while “The Voice” finalist Tony Lucca debuts at No 14 with his take on “99 Problems” on the Ultimate Chart. In “American Idol” news, Phillip Phillips gets the crown, making it the fifth male in a row to win the title. Plus, Jonathan and Tamara salute Bee Gee Robin Gibb, who passed away after a fight with cancer.

“Armageddon” and “National Treasure” composer Trevor Rabin talks about his first solo album in two decades, “Jacaranda.” His son Ryan Rabin of hot new band Grouplove, guests on the album, and according to Rabin, lives at home with his bandmates when not on the road! It’s a rock ‘n roll family. Plus, who knows, maybe Rabin will hit the road himself again soon.

The Golden Ghosts’ take the stage for two songs off their recently released debut album “Gleam.” The band is the brainchild of engineer, producer, songwriter, multi-instrumentalist, and frontman Riley Bray, who sits on The Comet couch to discuss his musical influences and the group’s bright future. 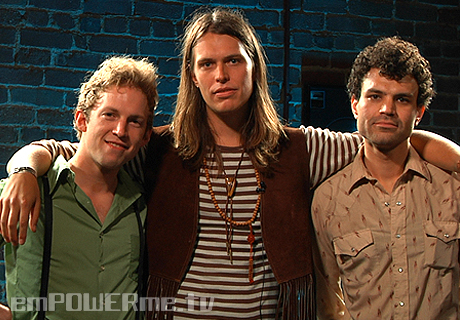