Composing Duo Fall on Your Sword and Alt-Rockers Canto

Brooklyn-based composing duo Fall On Your Sword, featuring Will Bates and Philip Mossman, sit on the Comet couch to talk about recent film projects including “Nobody Walks” and “28 Hotel Rooms.”

Bates and Mossman met in 2008 when they collaborated on a soccer boot commercial that was honored with a Cannes Gold Lion Award and a Gold Clio Award for best use of music.

“Nobody Walks” directed by Ry Russo Young will be released nationwide on November 19. The soundtrack is available digitally via Lakeshore Records. In addition the soundtrack to “28 Hotel Rooms,” which also opens in November, will be available on Milan Records.

Other credits include “Lola Versus,” “Aardvark,” “Another Earth,” “The Normals” and “Generation Um.”

Bates has played saxophone for a range of artists, including Paul McCartney, collaborated with jazz legend Roy Ayers and house innovator Marshall Jefferson. Mossman once worked extensively beside David Holmes as a studio associate and was an original member of LCD Soundsystem.

Canto is a family affair – the band consists of three brothers all under the age of 20: Seamus Blackwell (vocals, guitar), Aidan Blackwell (bass) and David Blackwell (drums). The brothers, three of nine, come from a family that has always been heavily involved in music.

Canto’s music is heavily influenced by the rock music of the 1960s and 70s. The band recently released their debut album, “HA HA HA.” Their video of “Farewell Well Well” is in recurrent play on both MTV U and MTV2. In addition, Canto has been accepted to the MTV Networks’ Priority license Program which allows 10 independent artists priority licensing, placement and promotional opportunities on MTV, VHI, Spike, Nickelodeon, Teen Nick, Comedy Central TV. Two Door Cinema Club, Mumford and Sons and Phoenix had been a part of the program in previous years. 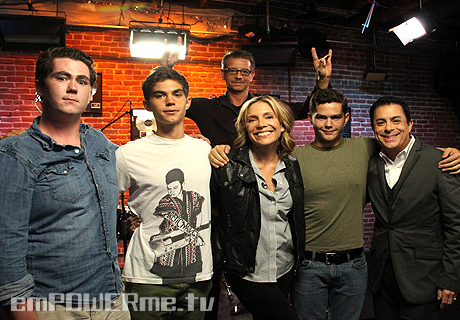