This week’s Red Hot on the Red Carpet shines the light on red-carpet darling, Emma Watson. This British cutie has come a long way from her gangly Harry Potter days, where she starred alongside Daniel Radcliffe and Rupert Grint in the eight film franchise.

The face of Burberry has sported some really stylish looks over the last few years. Whether she’s edgy in Bottega Veneta, sleek in Proenza Schouler, flirty in Erdem, or adorable in Chanel, Miss Watson rarely takes a misstep on the red carpet. She’s shown off her fashion range at the recent Los Angeles and London premieres of her new flick, The Perks of Being a Wallflower, which co-stars Kate Walsh, Dylan McDermott, and Vampire Diaries star Nina Dobrev.

The style star’s acting career is still sizzling as ever. Undoubtedly, she’ll be throwing down more glamorous looks in her upcoming movies, like the reboot of Noah, starring Russell Crowe and Anthony Hopkins. The always-polished fashionista grunges down in Sofia Coppola’s new movie, The Bling Ring, a tale of celebrity, larceny, and jewelry. 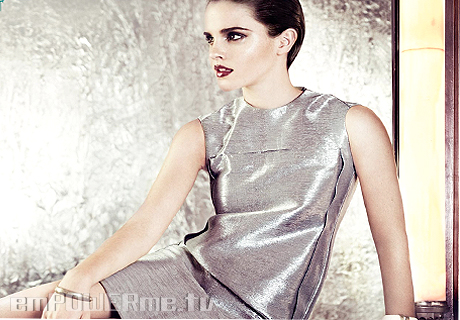