Today on MD-VOD, Dr. John Kennedy is joined by professional ballroom dancer and regular on Dancing with the Stars Kym Johnson to discuss fitness. Together they explore keeping fit while enjoying exercise, preventing injuries, Kym’s workout routine and much more.

So join us as we simplify fitness and arm you with the tools and information you need to keep you and the ones you love fit!

*****This video contains healthcare information only, not medical advice.*****

Host, Dr. John Kennedy, MD, FACC is the Director of Preventive Cardiology and Wellness, Marina Del Rey Hospital, Marina Del Rey, California. He is on the Board of Directors for the American Heart Association and is the Co-Author of The 15 Minute Heart Cure: The Natural Way to Release Stress and Heal Your Heart in Just Minutes a Day.

Guest expert Kym Johnson currently participating in season 15, (All Stars) of Dancing With The Stars with her partner, musician Joey Fatone. Kym now holds three mirror ball trophies, two in USA and one in Australia, she is the only
professional dancer in the world to hold trophies on two different continents.

Kym started learning the art of dance at the age of three, training in all aspects of the performing arts including, singing, ballet, tap, jazz and acrobatics. At 13, Kym was inspired to concentrate her talent in the field of competitive ballroom dance. She then went on to be the Australian Ballroom Champion and represented Australia in the ‘World 10’ dance championships for two years running.

Kym moved onto a world tour of the modern ballroom stage show Burn the Floor and further grabbed Australia’s attention when she appeared in season’s 1-3 of hit TV show ‘Dancing With The Stars’ (DWTS). Kym took the dancing crown and won
season two.

In 2006, Kym arrived to the United States when she was asked to join the US version of DWTS. Her first partner was talk show host Jerry Springer during season three, where she won the hearts of America. Her other partners have included some
of the most topical celebrities on the show, such as; David Hasselhoff, Joey Fatone, Jaleel White, Mark Cuban, Penn Jillette, Warren Sapp and David Arquette. Kym has been runner up twice on the American syndicated DWTS. In November 2009, Kym won the prestigious ‘mirror ball’ trophy with her celebrity partner, Donny Osmond and followed up the win with another 1st place in 2011 with Pittsburgh Steeler, Hines Ward. Kym has been involved in 12 seasons of DWTS USA.

Kym achieved her lifelong dream and made her Broadway debut in Winter 09 in New York City, rejoining the cast of BURN THE FLOOR. Kym has also enjoyed a successful hosting career, joining E! News as a ‘Special Correspondent’ for the duration of the 10th DWTS season – bringing juicy backstage gossip, while providing a “pro’s perspective” of the performances. 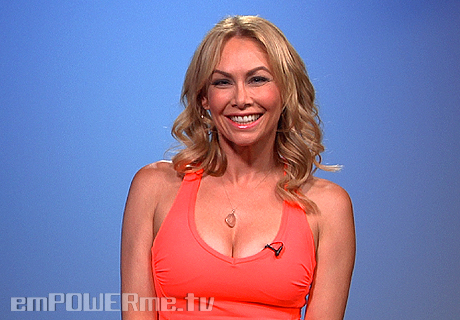