The Kwagala Project, empowering women in Uganda, one bead at a time!

A new line of beads comes from the Kwagala Project, an organization dedicated to empowering women victimized by human trafficking and/or the commercial sex trade. Through the Kwagala Project, trafficking survivors in Uganda are enrolled in a design school called Free Thereafter, where they learn the art of bead-making.
“Free Thereafter is teaching them something that’s viable in their community,” Kwagala Project’s executive director Kristen Hendricks told HuffPost Style, “but also that we can leverage on our side,” meaning it’s something women will actually want to buy.”

W featured hot new Russian Designers in sartorial frocks that give us a throwback to the days of yore with a modern twist. The designers are: Maria Bogdanovich (former ballerina at Bolshoi), Olya Thompson (another former Bolshoi Dancer), Natalia Alaverdian, Polina Kitsenko

Kitsenko says, it was easy to spot a Russian woman on the streets of Paris. “She was blonde with sharp stilettos, and her clothes were all tight and supershort,” explains the 36-year-old creative director of Podium, Russia’s most forward-thinking boutique chain. “Now Russian women are looking at what’s happening worldwide to determine how they shop and dress.”

Justin is the #1 #hashtag topic on twitter this year. I find this to be illuminating. From his music, videos, and films, he has taken it to a whole new level.

We compiled J-Timb’s TOP 3 Looks of 2013 so far, they are: casual urban wear…a t-shirt with a crisp black and white design, a nice plaid suite, and a tuxedo jacket with texture.

“Trust your instincts when it comes to design.”

Tom Ford could have written those words out on note cards and handed them out to all the attendees at Monday night’s CFDA/VogueFashion Fund dinner, where his keynote address was filled with such pithy advice to designersyoung and not so young. Ford’s words of wisdom ranged from pragmatic and insightful to amusing and, in true Tom style, a little provocative and even risqué.

“If you’re ever in talks with a potential investor or financial backer, and they bring in their wife’s blouse to show you for inspiration, run,” Ford said. “If a potential investor has a wife or daughter who just loves fashion and can’t wait to come in and talk to you about the collection, run. If your president or chief executive officer thinks they know the difference between dark burgundy and aubergine, fire them. My point is, if your brand is to have a strong identity, it must come from you.”

Let’s take a look at some of the luminaries in attendance, shall we? In attendance were: Oscar De La Renta, Anna Wintour, Zac Posen
And Sarah and Kate Mulleavy. 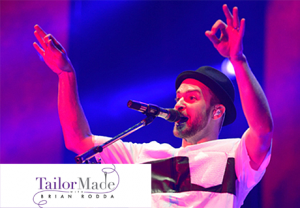