Naturopathic Medicine has roots that go back 2400 years to Greek Philosopher Socrates who first came up with the concept of “the healing power of Nature.” Modern day Naturopathy was founded by Dr. Lust who graduated his first class of ND’s in New York back in 1902.   A licensed naturopathic physician (ND) attends a four-year, graduate-level naturopathic medical school and is educated in all of the same basic sciences as an MD but also studies holistic and non-toxic approaches like clinical nutrition, homeopathic medicine, botanical medicine, psychology, and counseling, with a strong emphasis on disease prevention and optimizing wellness.

What many people don’t know about ND’s is that they are also licensed to apply complimentary Medicine such as ayurveda, homeopathy and herbal therapies).

Through this holistic, proactive approach to medicine, ND’s are able to consider the whole person and assist in prevention and comprehensive diagnosis and treatment.

In 2009 Americans consumed 300 billion dollars worth of pharmaceutical drugs and 40% of all drugs made worldwide were consumed right here in the USA.  To put that into perspective, The United States makes up about 5% of the worlds total population, yet we consume 40% of all drugs made world wide.  The problem with this is very often, these drugs only treat the symptoms and not the actual root of the problem.  This is one of the numerous places Naturopathy is succeeding in filling a need.  When people want to go off the meds, very often using an ND who will prescribe herbs will help to wean you off the harsher western drugs.

Next we have vitamins and supplements. Which ones do we take anyway? Are multi’s good for us or are we supposed to get all of our micronutrients from food? Due to so many reductive studies out today, it is almost impossible to know what vitamins and supplements we need, if any.   Especially considering that the same industry that produces the vitamins are often the ones putting out the studies.  The vitamin industry pulled in roughly 13 billion dollars in 2013 and most experts predict that number will only increase.  With that kind of profit driving vitamin production, you are much better off getting your advice in that arena from an outside source like an ND.

When you hear Naturopathic Doctor, what does that mean to you? Have you ever seen a Naturopath and do you have any symptoms that might me treated with Naturopathic Medicine?  Today is your lucky day, as you will not only get answers from A Naturopath, but you will get them from a well known and published one. 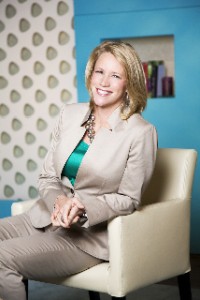 An acclaimed expert in the field of integrative medicine, Dr. Holly lectures throughout the nation on a variety of natural health topics. Her appearances include national media programs and networks including Dr. Oz, The Doctors, Lifetime Television for Women, Montel Williams, PBS’s Healing Quest, The Hallmark Channel and Discovery Fit & Health channel. She is on the editorial advisory board of Alternative Medicine and Natural Practitioner and is also regularly quoted as an expert in both consumer and peer journals. In 2007, Dr. Holly was listed in Time Magazine’s “Alt List” as one of the “Top 100 Most Influential People”. In 2012 she launched her own talk show “Myth-Defying with Dr. Holly” on the Veria Living network and is the co-host of “It’s Your Health & It Ain’t Rocket Science” radio show on RadioMD.

Christian Cristiano received his Masters of Science in Traditional Chinese Medicine from the Pacific College of Oriental Medicine. The school’s renowned full-time program requires students to combine coursework with concurrent clinical internships, providing exposure to patients during the entire four years of study.
Christian received his B.S. in Business Administration and Marketing. After graduating, he started and managed a successful personal training business instilling in him a passion for helping people reach their goals.

Christian never filled the prescriptions. Instead, he visited a prominent Acupuncturist, Dr. Tony Lu, who cured his ailments in just three treatments. These incredible results, coupled with his passion for health and fitness, inspired Christian to pursue a career in Chinese medicine. He moved to San Diego to study Acupuncture, and has since developed an esteemed reputation for his comprehensive skills and goal-oriented practice.

CityWatch LA on Wellness for Realists

CityWatch LA on Wellness for Realists