Julia Michels is an independent music supervisor who has been in the business over 20 years. Her credits include “Alvin & The Chipmunks: Chipwrecked,” “Sex & The City (1&2), “The Blind Side,” “A Single Man,” “Marley and Me,” “August Rush,” and “The Devil Wears Prada.”

Julianne Jordan started her career with a bang when director Doug Liman brought her in to do a little independent film called “Swingers.” She has since worked with Liman on all the films he directed, including “Go,” “The Bourne Identity,” “Mr. & Mrs. Smith” and “Fair Game.” Her other credits include “The Italian Job,” “Valentine’s Day” and “New Year’s Eve.”

Cathy Heller is truly and indie darling. Her latest EP, “Imagine Nation,” was produced by Bill Lefler, who is known for his work with Ingrid Michaelson, Laura Jansen and Cary Brothers. She and co-writer Kyler England (a The Weekly Comet alum who joins her on stage this week!) make quite a team. She was born in Long Island to a piano teacher and a psychologist and began singing at age two.

Her songs have appeared in a Kodak commercial, an American Airlines spot and a number of TV shows including “Drop Dead Diva.”

She is also working with the Jim Henson Company on her own music-driven series. 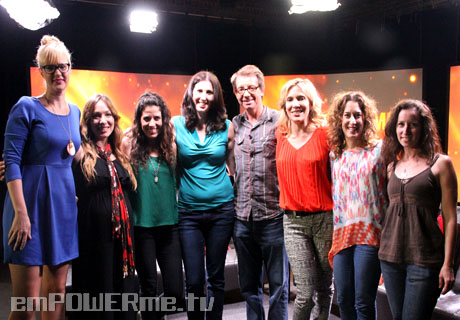