This week we have the great pleasure of shining the spotlight on the timeless, Miss Frances Fisher. Fisher was originally born in England then moved to Texas. Her acting career started out in theatre before blossoming to screen. Previously being married to director Clint Eastwood, and working in his film The Unforgiven, Fisher is not new to the film industry. Frances has had a track record of award winning films like Titanic to playing characters like Lucille Ball.

One thing Luke points out as he discusses Fisher’s film career, is her ability to transform herself into the time period. For instance, as they discuss Titanic, we see stills from scenes where Fisher looks like she was meant for that era. Fisher also played roles that exemplified icons, such as her character as Lucille Ball. When asked if she prepares differently for these roles, Fisher replies that both take a lot of work in preparing, but learning the character and script is all the same. Whether it be on stage or on the silver screen, she prepares and takes each role seriously so that the greatest projection of that character can be made.

Luke discusses fashion with Frances, from her role in Titanic to her daily style on the move. Fisher’s main fashion tips for herself and viewers are: always dress for comfort, and always be clean! These tips will help you look polished and streamlined, while giving you an effortless confidence in your most comfortable. 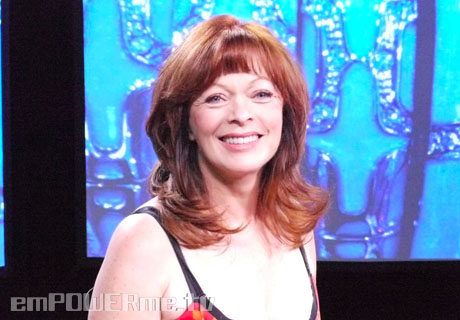