This week on LifeBites Live we have an entire show dedicated to Hollywood, Inspired with our Classic Hollywood Tribute to legendary director/producer, Mark Rydell.

In our Nina, Inspired segment, our question of the week is from one of Mark’s movies, “Even Money”: “What are you willing to lay on the line  (to fulfill your dream)?”

As a filmmaker, Rydell’s credits include “The Cowboys”, “Cinderella Liberty” and “The Rose”, which had the breakout role for Bette Midler,.  In 1982, he received his first Oscar nomination as Best Director for “On Golden Pond”.  He challenged himself with “The River” and teamed up again with Bette in “For the Boys”, followed by “Intersection” and an all-star cast in “Even Money”. Rydell also directed the TV biopic “James Dean”, which earned actor James Franco a Golden Globe award.

We’ll learn about Mark Rydell’s Hollywood life and hear from some of his friends along the way…you don’t want to miss this week’s LifeBites Live! Tune in and take a bite baby! 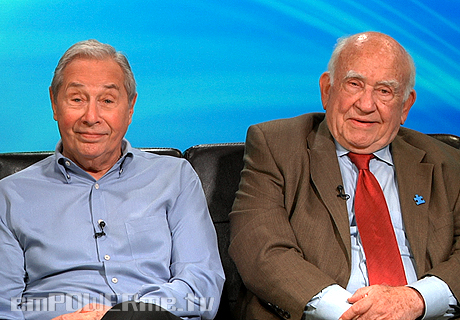 What is the Vision of Your Life?

Ash Ruiz on Transformation and Enlightenment in Machu Picchu

What is the Vision of Your Life?