Legendary guitarist and punk rocker Wayne Kramer sits down with the Weekly Comet to discuss his recent projects and play acoustic. Leader of Detroit rocker MC5, Kramer is considered one of the godfathers of the counter-culture movement. His stellar career as a songwriter has made him a go-to artist for film and television. His recent projects include the score for the third season of HBO’s “Eastbound & Down” and the feature thriller “Concrete Blondes” as well as the acclaimed “zeitgeist” doc “Let Fury Have The Hour.” He is also writing and producing original compositions for ShadowMachine’s stop-motion animation feature “Hell & Back.” In 2013 he will score “Nelson Algren,” a documentary about the legendary Chicago writer

Singer & songwriters Connie Lim and Noah Needleman, who are heading on tour together, take The Comet stage.

Noah is a singer, songwriter, and multi-instrumentalist who lives in Los Angeles where he writes, records, produces, plays show, and teaches. He’s toured the United States, Costa Rica, Egypt and China. Plus he’s had his music in a number of film and TV placements. However, he says he really just wants to be Willy Wonka when he grows up.

Connie is a California girl who spent her early childhood overcoming stage fight while writing short piano compositions. She pursued music even though she was a pre-med student at UC Berkley and teamed up with Jay Frank, founder of Nashville-based record label DigSin, and release her debut single in March called “LA City.” Plus she was chosen as a top 60 contestant out of 70,000 for NBC’s first season of The Voice. She has also written for films including “5 Hours South” and “Sweet Talk.” 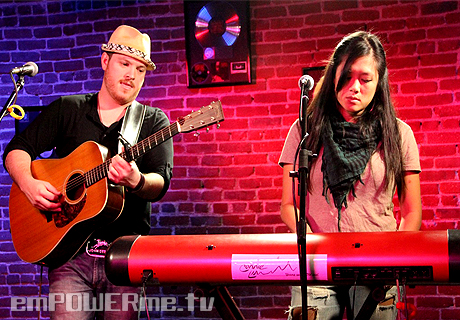